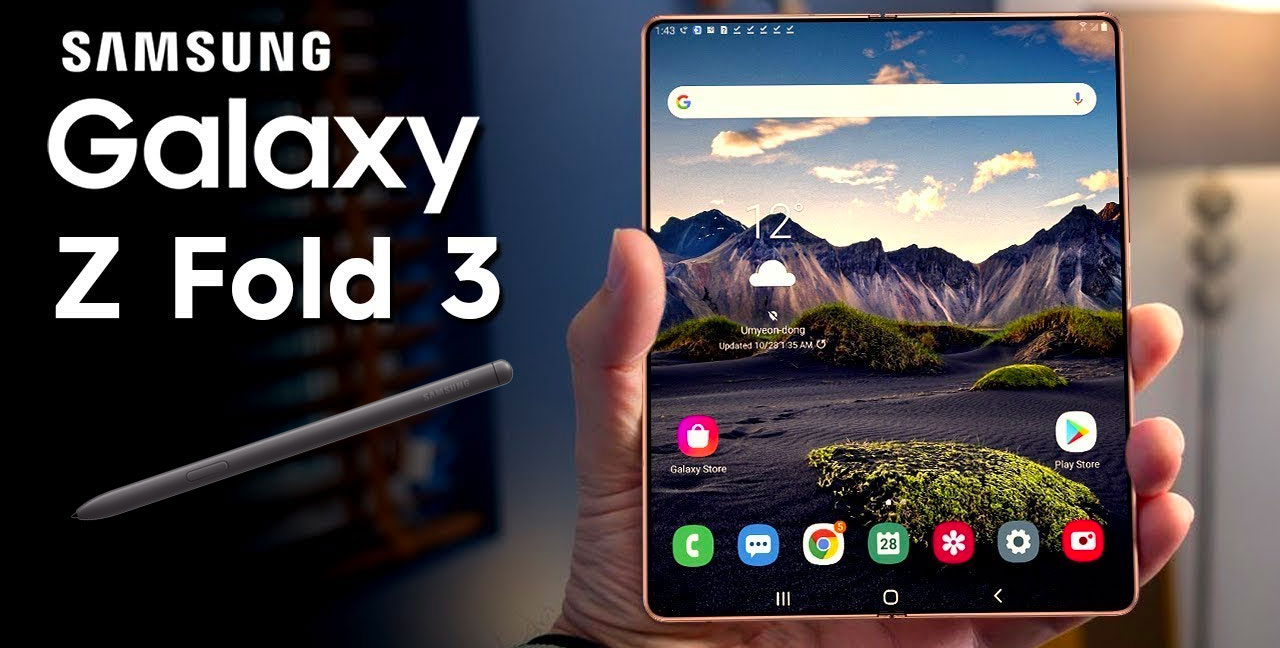 It seems that the Galaxy Z Fold 3 won't feature a UPC (Under Panel Camera), at least judging by the renders recently posted by @evleaks. The renders show the regular notch camera, but some hope that they illustrate the location of a UPC when enabled. Well, let's keep our fingers crossed that it turns out to be true. Meanwhile, another new render of the Galaxy Z Fold 3 showcased the S Pen design for the first time. By the way, the rumors that the new foldable flagship will support the S Pen stylus have already been confirmed by the FCC certification.

The stylus looks the same as the S Pen for the Galaxy S21 Ultra and Samsung tablets, with the exception that there is a "Fold Edition" lettering on one of its sides. Another distinguishing feature is its larger size. The S Pen Fold Edition is larger than the S Pen for Galaxy Note smartphones due to the lack of a built-in stylus slot in the Z Fold 3. Apparently, Samsung will also introduce a special case with a holder for the S Pen. The S Pen will likely be sold separately, but chances are those who pre-order the Z Fold 3 will get the stylus for free.