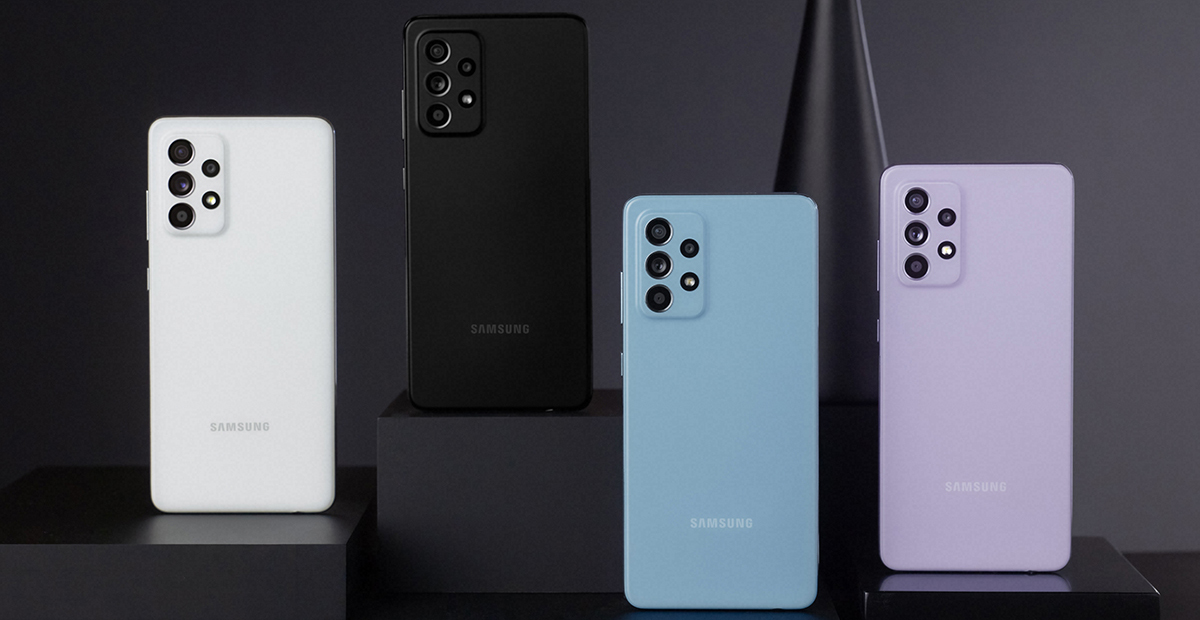 Samsung's flagship smartphones boast a wide array of high-end specs and functions. The price of the premium segment is also high. Unfortunately, many people cannot afford to buy such a device to enjoy all the latest industry developments. Mid-range smartphones are more affordable, but they also have less impressive characteristics. The pandemic and subsequent crises in various fields have made us re-evaluate our lives, and those who previously could afford expensive Samsung smartphones had to tighten their belts. One of the best-selling Samsung smartphones in 2020 was the Galaxy A51, released in December 2019. The mid-range smartphone was ranked among the top five best-selling smartphones in the world in 2020.

Now it's 2021, and Samsung is working on the Galaxy A52, which could become a worthy successor to the Galaxy A51. The economic situation seems to be improving, so Samsung should make every effort to keep the upcoming smartphone at the same high level as the Galaxy A51. Given the circumstances, we can count on several great features that were previously the prerogative of flagship smartphones.

Processor.
Let's start with the essential component of any smartphone, and it is, of course, a processor. The Galaxy A51 comes with Samsung's Exynos 9611 chipset made using a 10nm process technology. The Galaxy A52 is expected to get a Qualcomm processor. The vanilla variant will presumably feature the Qualcomm Snapdragon 720G, while the 5G variant is rumored to feature the more powerful Snapdragon 750G with an improved Adreno 619 graphics chip.

It's worth noting that despite Samsung's love for equipping its flagships with either Exynos or Snapdragon chipsets depending on region, the Galaxy A52 could be one of the few smartphones to come with a Qualcomm chipset regardless of region.

Display.
A display is also a very important component of a smartphone that you should pay attention to when buying a new device. More and more mid-range smartphones are now getting a high refresh rate display that provides a smoother user experience and richer animations. Samsung is going to equip the Galaxy A52 with a 6.5-inch Super AMOLED display with 90Hz and 120Hz refresh rates in the 4G variant and the 5G variant, respectively.

Camera.
The upcoming Galaxy A52 is expected to feature a 64MP main camera, a 12MP ultrawide camera, a 5MP macro camera, a 5MP depth camera, and a 32MP front camera.

The main sensor will boast Optical Image Stabilization, a feature mainly found in high-end Samsung smartphones. The OIS feature allows users to take sharper photos and record smoother videos. The Galaxy A52 is not the first mid-range smartphone to feature OIS. There are already the Galaxy A5 and the Galaxy A7. And since the Galaxy A52 is being designed to bring premium quality to the budget segment, OIS is the right feature to attract customers' attention.

IP67 rating for dust and water resistance.
Dust and water resistance is something that the Galaxy A and the Galaxy M series often lack. It takes a lot of resources and time to manufacture a smartphone with an IP67 rating, so it should come as no surprise that usually only the more expensive Galaxy models meet the required standards. This time Samsung decided to shake things up, and now we can also expect to see an IP67 rating in the mid-range Galaxy A52.

IP67-rated phones are more reliable, and their users do not need to worry about their devices, at least when it comes to dust and water resistance. It means that the Galaxy A52 will be totally protected from dust and the effects of submersion in 1 meter of freshwater for up to 30 minutes.

25W charging .
The Galaxy A52 will support 25W charging, and that's great. Samsung is slowly but surely expanding the range of smartphones supporting super-fast charging. Among the mid-range Galaxy smartphones, these are, for example, the Galaxy M31s and the Galaxy F62. Unfortunately, Samsung will ship the smartphone with a 15W charger in the box, but it is not a big deal considering all the flagship features we get instead.